Dr. Hiroyuki Fujita Received the Appointment Certificate as the Honorary Consul in Cleveland 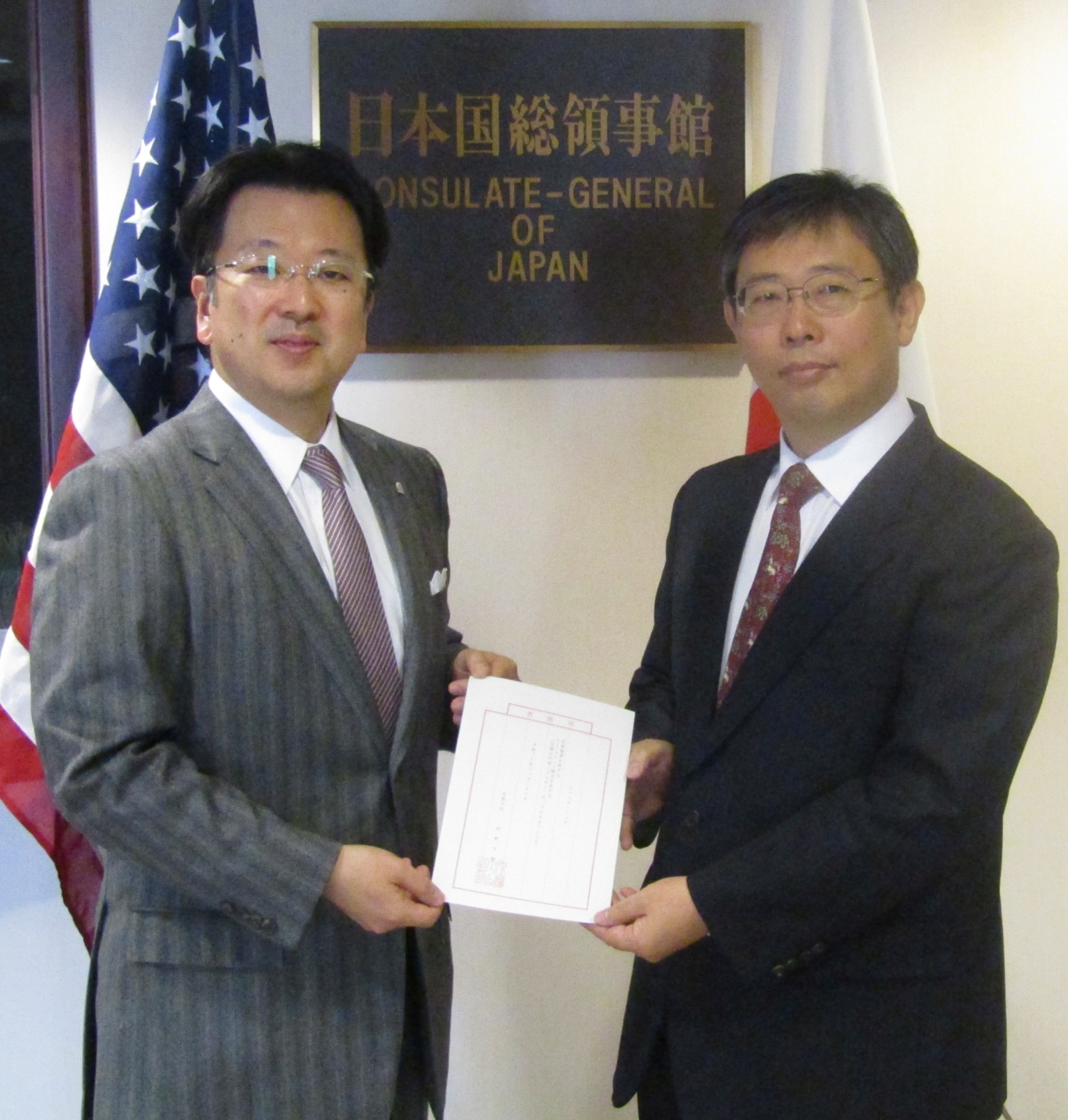 On December 12th, Consul General Nakagawa presented the appointment certificate of the Honorary Consul in Cleveland to Dr. Hiroyuki Fujita at the Consulate General of Japan in Detroit.

Honorary Consuls are appointed to protect the welfare of local Japanese residents and promote cultural exchanges in the region where the Government of Japan has no office established. Expected responsibilities include, but are not limited to, supporting Japanese-American companies and various cultural activities hosted by the Embassy or the Consulate General of Japan. The term of office is five years.